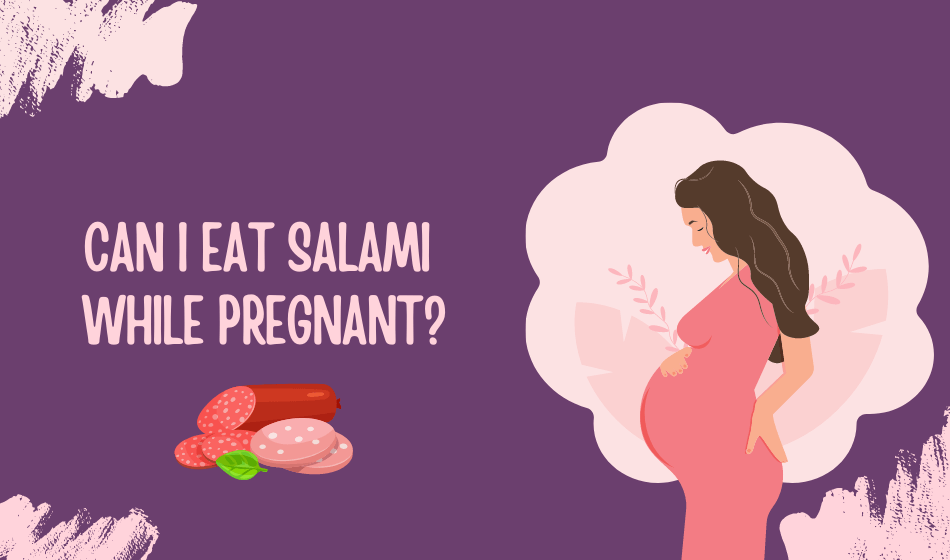 Most of us grew up thinking that pregnancy was a time when we had to be extra careful about what we ate.

We were told to avoid certain foods, like sushi and soft cheeses, because they might contain bacteria that could harm the developing baby. But what about less risky foods, like deli meats?

Can you still enjoy a nice salami sandwich, or do you need to give up your cured meats for the next nine months?

Let’s take a closer look at the pros and cons of eating salami while pregnant.

Can I Eat Salami While Pregnant?

While most meats are safe to eat during pregnancy, there are a few that should be avoided due to the risk of food poisoning.

Salami is one of those meats you should try to avoid while pregnant. It is made from raw, uncooked pork or beef and is cured with salt, spices, and other preservatives.

This curing process prevents the growth of harmful bacteria, but it does not kill them.

If these bacteria are present in the meat, they can contaminate the pregnant woman and her unborn child, leading to serious illness or even death.

For this reason, it is best to avoid salami (and other cured meats) during pregnancy.

If you must eat it, be sure to cook it thoroughly until the internal temperature reaches 160 degrees Fahrenheit. This will kill any harmful bacteria that may be present in the meat.

Best Types Of Salamis For Pregnancy

You want the best for your baby, and that includes the best food. So what’s the best type of salami for pregnancy? The answer is nitrate-free and low in sodium.

Nitrates are preservatives that can be harmful to your developing baby. And salt can cause water retention and other problems.

So you can enjoy a delicious sandwich or snack without worry.

There are also different varieties and meat types. Beef, pork, turkey, lamb, chicken, and venison are all popular choices.

There are also vegan options available for those who do not eat meat.

What Deli Meats Are Safe During Pregnancy?

Deli meats have been linked to an increased risk of listeria infection, which can be particularly dangerous for pregnant women.

However, the CDC notes that you can reduce your risk by heating deli meats until they are steaming hot before eating them.

Additionally, avoid cross-contamination by keeping deli meats separate from other foods, and wash your hands thoroughly after handling them.

Some types of deli meat are safer than others during pregnancy. For example, cooked ham, turkey, and chicken are generally considered safe, while cold cuts and other processed meats may be riskier.

Cooking deli meats to an internal temperature of 165 degrees Fahrenheit will kill most bacteria that may be present.

When in doubt, err on the side of caution and avoid deli meats altogether during pregnancy. There are plenty of other safe and healthy foods to enjoy.

I followed the common sense approach with my 3 pregnancies- if I wasn’t sure about the food, I avoided it.

But if the quality of the food and processing seemed good, I would go ahead and eat it in moderation.

If you are going to eat deli foods like salami, buy it from a good quality grocery store, not the gas station. Or better yet, you can make it yourself.

I’ve included a family recipe at the end of this article that will let you enjoy salami without any worry.

If you have any concerns about what you should or shouldn’t eat during pregnancy, talk to your doctor or a registered dietitian for personalized advice.

How Common Is Listeria In Pregnancy?

Listeriosis is a serious infection caused by the Listeria monocytogenes bacteria. This bacterium can be found in soil, water, and some animal products, and it can infect humans through contaminated food.

Pregnant women are particularly vulnerable to listeriosis, as the infection can cause miscarriage, premature labor, and stillbirth.

In fact, according to the Centers for Disease Control and Prevention (CDC), listeriosis is the third leading cause of death from foodborne illness in pregnant women.

While the CDC estimates that only around 1,600 people get listeriosis each year, pregnant women accounted for 27% of all listeriosis deaths in 2011.

With such serious consequences, pregnant women need to take steps to avoid exposure to this bacteria.

However, because Listeria can be found in a variety of foods, including unpasteurized dairy products and deli meats, it can be difficult to eliminate the risk of infection.

For these reasons, the CDC recommends that all pregnant women take precautions to avoid Listeria.

This includes avoiding unpasteurized dairy products and deli meats, cooking meat thoroughly, and washing fruits and vegetables before eating them.

What To Do If I Ate Salami While Pregnant?

There’s no need to worry if you accidentally ate salami while pregnant. While it’s best to avoid deli meats during pregnancy, a one-time slip-up is unlikely to cause any harm.

However, it’s important to make sure that the salami is thoroughly cooked before eating it.

Pregnant women are at an increased risk of food poisoning, so it’s best to err on the side of caution and avoid deli meats that have been sitting out for a long time.

Are You Craving Salami While Pregnant? Try This Family Recipe.

You don’t have to be a chef to make your delicious salami at home. This recipe is nitrate-free and low in sodium, so you can enjoy it without worrying about your health.

Plus, it’s easy to make and only takes a few ingredients.

All you need is pork (or your favorite meat), sea salt, brown sugar, garlic, black pepper, and wine.

To start, mix the pork, salt, sugar, garlic, and pepper in a large bowl. Then, add the wine and mix everything again.

Next, cover the bowl with plastic wrap and let it sit in the fridge for 24 hours.

After 24 hours, transfer the mixture to a glass jar or container and store it in the fridge for 2-3 weeks.

After that, all you need to do is slice and enjoy your homemade salami. Bon appetite!

Jason is a parenting expert, teacher, and consultant with three amazing children of his own (Jason, Jessica, Jordan).

He is the co-founder of BestCaseParenting.com, where he aims to be the go-to source of information for parents who want to raise confident, healthy, and successful children.

Parenting is not an easy job, but it can be incredibly rewarding. Remember, no matter how tough things get, we're here for you! 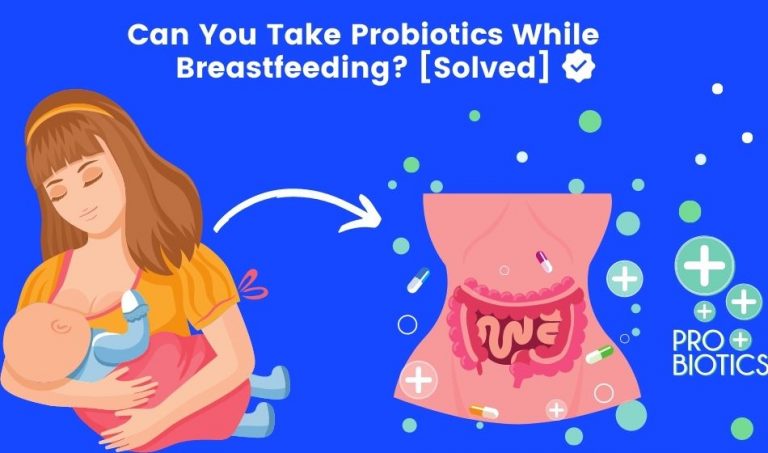 Probiotics have become a popular supplement for breastfeeding mothers in recent times. Because of the health benefits to the newborns and the mothers. Probiotics are microorganisms found in the human gut. Usually, when you hear of bacteria, all your mind thinks about is something bad. But, probiotics are beneficial microorganisms that keep your digestive system… 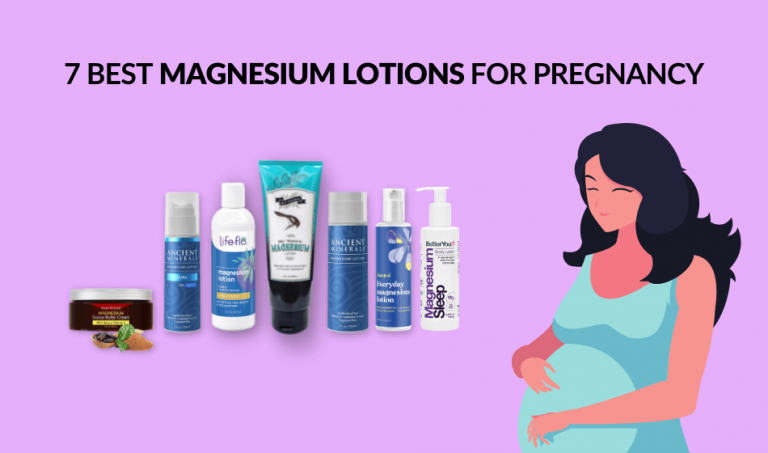 When you experience joint pain or feel fatigued, a visit to the spa is not possible, especially when you’re pregnant. However, the best magnesium lotions for pregnancy can enhance your skin health, relieve pain and improve sleep. One in every three people suffers from insomnia, and 75% of people are magnesium deficient. While sleep aids… 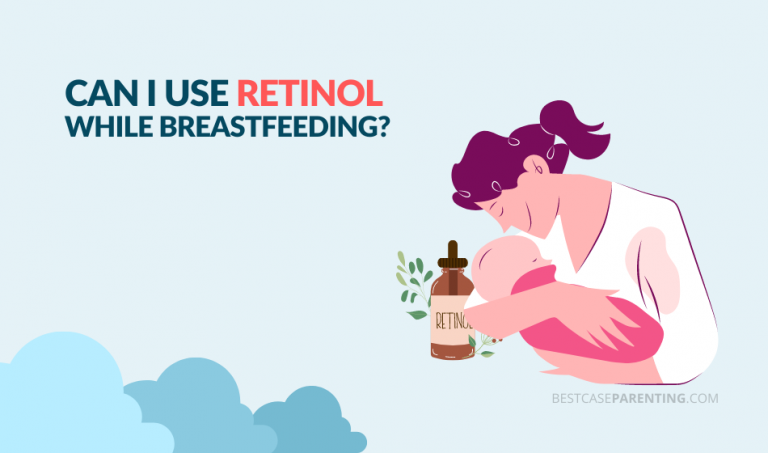 When you’re a new mom, it can be hard to keep up with your skincare routine. Besides being super busy (and exhausted), you also have to be more careful with the products you use. Certain ingredients in various skincare items can pose risks for pregnant and breastfeeding women. Retinol is an age-fighting skincare powerhouse that… 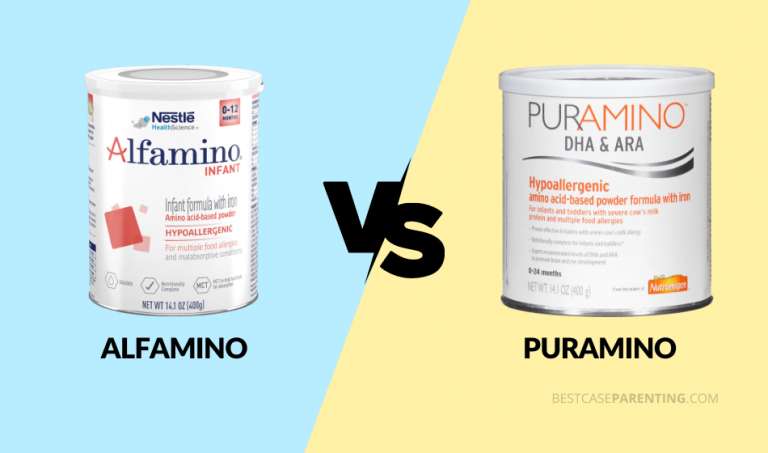 Feeding an infant can be a stressful process, and although the “fed is best” mantra is completely true, you might be worried about the differences between Alfamino vs Puramino and wondering if either of these brands is superior. Alfamino and Puramino are both popular formulas intended for infants, and they have a lot of similarities…. 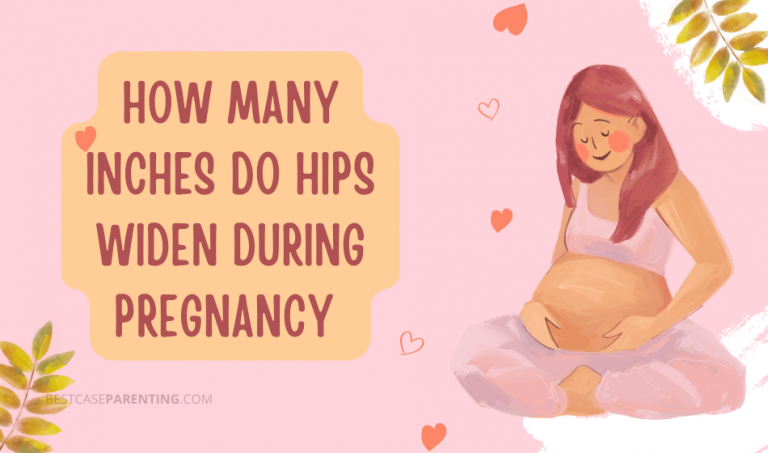 Pregnancy. It’s an exciting time as you prepare for your baby to arrive. You might be thinking about how you’ll decorate the nursery and what names will make it onto your shortlist.  But it can also be a worrying and nervous time as you notice your body going through a number of changes during your… 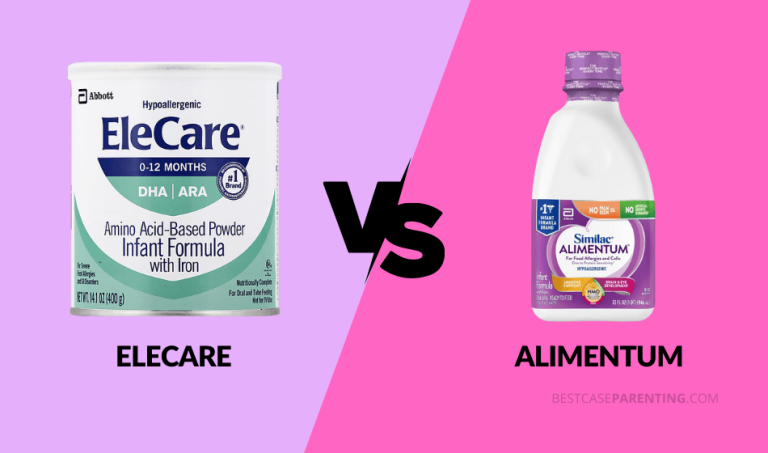