Welcome back to Best Case Parenting. I have noticed a real interest or buzz in parenting circles about the idea of gender fluid or gender neutral parenting. There have been a few viral videos on Youtube, for example. It seems, interest is really starting to gather pace. If you want to know about gender fluid parenting and whether it is a good thing….

The short answer is, deciding to parent in a gender fluid way means you do not place a gender bias on your child. You do not buy them toys or clothes according to their gender (for example). In theory, you are leaving it up to the child to decide what they like and what they want to do without any consideration about gender. Is it a good idea? In my opinion , as long as the parent is not influencing the child to either be gender specific or gender neutral, let nature take it’s course!

Before we dive into more detail, I want to say that my idea for this article is for it to be a place that we can come together and discuss the subject of gender fluid parenting. I want this to simply be a starting place for our discussion and conversation to follow. Gender fluid parenting is a new concept to me too, and I don’t claim to hold all the answers.

All that I ask is that the discussion be both respectful and non-judgmental!

What is Gender Fluid Parenting

The gender fluid parent is raising a child to not identify exclusively with a binary gender. A child of a gender fluid upbringing can show masculine or feminine traits, regardless of gender at birth.

For most people in the world, there are gender specific norms that they conform to. For example, it is common for expecting parents of a boy to deck out their future child’s nursery with blue or pictures of cars! Most people associate these things with masculinity, or the characteristics of a male.

When parenting in a gender fluid way, you reject these gender specific norms, and let your child decide what activities or interests they follow. In a perfect world, your child can choose in a completely non biased way.

As stated above, humans have formed (over many years) the opinion of what a girl or boy should do, wear or be interested in. You could argue that these have become stereotypes of boys and girls as genders.

This right here is why I think that some parents want to turn to a more gender fluid style. When I think of the word tomboy, I don’t think of this in a particularly negative way. Actually, a lot of people seem to feel pride to label themselves as a tomboy. However, society has deemed that a boy that shows feminine traits is a sissy or a pansy. These names hold a negative connotation and most people would think of these names in a negative light.

In my opinion, this stereotypical view of boys and girls from mass society is what has started this whole idea about gender fluid parenting. And, it seems, a lot of people in society see it as a negative thing for people to stray away from these gender stereotypes, especially for males. Therefore, I can understand why there are a growing number of modern parents who want to fight against these stereotypes.

When you choose to follow gender fluid parenting, you do not put any weight on your child’s gender. You do not buy them clothes or toys based on their gender. You let your child choose what they like, rather than just choose from what has been assigned to their specific gender by society. There is no pool of items or interests for girls or boys, it is all one big pool your child can freely choose from.

Some parents following this style also don’t refer to their children as a boy or girl. They want to raise their child as one that doesn’t even consider that there is a gender difference between people. They don’t use the traditional pronouns that we associate with gender. For example, in the video below they use the pronoun “hen”, which has become a relatively popular pronoun in Sweden. This pronoun doesn’t differ for each gender. If you want to find out more about this pronoun, I would recommend reading THIS page on wikipedia.

My Problem with Gender Fluid Parenting

I would like to start this section by saying that this is purely my opinion. And this opinion is based on research I have done on the subject of gender fluid parenting. I am not claiming to be an expert in this area, I am merely giving my take on the whole thing. If you have a strong opposing view, please voice it in the comments section below. This is meant to be a discussion, and I am prepared to change my view if people sway me with good counter points. I am new to this whole idea too, and the idea is we can educate ourselves and share ideas together! I like to think of myself as a relatively open minded person!

OK, with the disclaimer out of the way, what is my take on gender fluid parenting?

Personally, my problem with the whole thing is the fact that I am worried that so many of these gender neutral parents are in fact imposing their own beliefs on the child. It seems that the reason they choose this style of parenting is because of some wrong or problem they have faced in their own life. The problem here, is they will have a giant chip on their shoulder! In these cases, gender fluid parenting is being done as a reaction to something the parent has experienced in their own life. The danger is that they will project this life “baggage” on to their child.

In my opinion, when this is the case, it would then be hard for that parent’s views to not just start filtering down to their child. Of course, I have only seen gender fluid parenting through the lens of the media, so this could be skewing my impression of these parents.

For me personally, the form of gender fluid parenting we see most of the time through media is a more hardcore or extreme version. I actually think raising a child to be gender fluid can be a good thing, but it doesn’t have to be done in such an extreme way.

If you are telling your child they are not a boy or girl, that they are gender neutral, I feel this can be confusing for them. It is almost as if you are encouraging gender dysphoria. For example, in this video on gender fluid parenting below, the child at the end shows a portrait of herself.

One side is her as a boy, one side is her as a girl. To me, this shows a confused or undecided child. If she had drawn a coherent portrait of herself that included aspects from what we consider the realms of male and female gender, this would show me that the child has a natural view of who she is without gender bias. Again, I am not a psychologist, these are just my opinions! I am open to hear and take on board other people’s views!

If I wanted to raise a child in a gender fluid way, I would try to keep my own opinions or views out of it as much as possible. I would simply raise my child in a normal way, but would be open minded enough to allow my child to cross the boundary between what popular opinion views as gender specific.

Raising a child to have an open mind is far better than focusing purely on being gender fluid. If someone tells me pink is for girls, I will politely tell them that pink can be for anyone. If I had a daughter, and she showed an interest in cars (for example), I would be totally fine with that.

I think the problem here, is it is hard for parents to be truly neutral in these situations, without bringing in their own agenda. If you want a gender fluid child, you should give them a blank canvas to start with, without any influence of any kind from the parents. If they choose to act like a girl, a boy, or somewhere in between, this is all fine and totally up to them.

In the same way you can brainwash a child to act in the socially acceptable “girly” or “boyish” way, you could also brainwash them to act gender neutral or fluid. It can work both ways! It is hard for adults to be totally unbiased and not pass on their views to their children.

Another thing that came to my mind, was the fact that parents are usually a child’s primary role model. Children love to copy what they see adults doing and how they are acting. So maybe parents have no choice but to influence their children?

To sum up, I don’t think we need to erase the idea of male and female genders. It is a physical fact that there is a gender at birth. However, we can be open minded about this gender and allow our children to explore and be what they want to be!

I have been a preschool teacher for a long time now, over a decade. And in school we see boys that will dress up in dresses or girls that want to play with cars. We allow this and don’t say anything about it. There is no need to highlight this behaviour in any way as good or bad! However, if we hear a child saying “pink is only for girls” or “boys can’t have long hair” we can then have a discussion about it being their own free choice.

I believe there is a problem with how most of our society pigeon holes girls and boys. However, I don’t feel we need such an extreme response to this problem. Children can still associate themselves with a gender, but know that this does not have to restrict their interests or the way they live their life.

Am I being naive here? Maybe! Anyway, I would love to hear all about your views in the comments section below.

Let’s face it, most media want to be controversial to get more exposure. I am sure that the Youtube video that posted the video above, is hoping that it’s controversial nature will boost the video’s views, and thus their channel’s exposure. This means we only see the more extreme or controversial examples of this style of parenting. I want to see more examples from a wider spectrum of parents!

Would you try gender fluid parenting? If so, how would you go about it? We would love to hear your ideas in the comments section below! 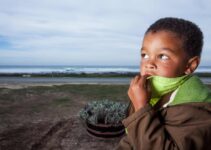 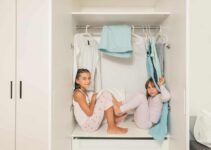 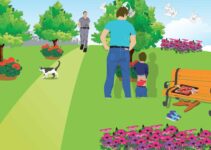