Children are filled with idiosyncrasies, any number of which can be mystifying and maddening to parents. You may have no idea why your child does the things they do and the truth is that they themselves may not know.

Case in point, children putting their toys in a line. There are any number of reasons why they may do that, each of which reveals something intriguing and potentially important about your child.

One of the most important possibilities to keep in mind when it comes to children lining up their toys is that they are doing so as a way of increasing their spatial reasoning, categorization, and similar skills.

Think about what is at play in lining up toys. A child is actively thinking about the order and arrangement of toys in a way that is much more focused and non-random than a baby does. A consistent line requires putting the toys together in a relatively stable pattern where the toys are at least somewhat evenly spatially oriented. It may be odd to think of a child arranging toys as an early sign of mathematical and geometrical skills developing, but that’s exactly what can be “at play” here.

In addition, sorting toys as they line them up can also be a sign of your child improving their problem-solving and critical thinking skills. It takes spatial reasoning to be able to determine patterns. To create a line is to create a pattern, which in turn is to create order based on logic and reasoning that these specific toys should go in this specific order. For example, if your child is creating a line of cars, they first have to distinguish that these toys are tangibly different than, say, their stuffed animals by differentiating between different properties in the two types of toys (ex. hard vs. soft, cars having wheels vs. stuffed animals not, etc.). This is especially true if the line has additional ordering properties of arrangement (flowing from the biggest to the smallest of a category, or being arranged in a color pattern).

Pattern recognition, problem solving, spatial reasoning, and other essential cognitive organizational functions can all get their humble start in kids in activities such as sorting and lining up their toys.

A Fine Line Between Organization and Autism

To be clear, there is nothing wrong with a child falling anywhere on the autism spectrum. It simply means your child is different and may require different care. It in no way diminishes their personhood, and autistic children can be cared for in ways that attend to their special needs while often allowing them to lead normal, fulfilling lives.

That said, while lining up toys alone is normal and shouldn’t cause you to “worry” if your child has autism, children obsessing over the activity may, in conjunction with other pieces of evidence, be a red flag. It is thus more the mood and temperament with which the child approaches the activity than the activity of lining up toys itself that is at issue.

For example, everyone lines up and orders their belongings, but most of us don’t do so obsessively or repetitively with little to no purpose. When we line up shoes near the front door, it’s to create a sense of order and cleanliness. We line them up, and then we move away and get on with our day. Most of us don’t line the shoes up again and again, obsessing over centimeters as this, taken to the extreme, can indicate obsessive-compulsive behavior.

The same holds true with children lining up their toys. Arranging their belongings in a pattern and even being very precise is one thing, but if they’re more focused on creating and preserving the line than actually playing with the toys, or if they remake the line again and again as a repetitive activity, it may be a warning sign.

Another key indicator can be how your child reacts to the line being broken up. Temper tantrums are a natural if frustrating part of any young child’s life. We call them the “terrible twos” for a reason, after all. Young children are still learning how to process their emotions and sort out what’s of importance, and in their small world, the world of play is extremely important. If they’ve just worked for the last few minutes to make a neat little line and someone comes along and breaks up all their progress, it’s only natural that their feelings will be hurt.

On the other hand, if the temper tantrums are extreme and occur at even the slightest disruption of the line, it may be an indication of autism. Again, it’s natural for children to be upset when someone spoils a tower or line that they’ve been working on; however, if even the tiniest disruption on your part or even their part elicits visceral screams as though they’re almost in pain, this paired with other indicators could point to autistic behavior.

That said, it’s important to stress that autism is a highly complex condition with many indicators, and lining up toys or even being upset over them isn’t enough for a diagnosis. You’ll want to consider the many symptoms of the autism scale and, if you feel that your child may fit some of them, consult a doctor about autism for a proper diagnosis.

We also have an article to help you see some of the other early signs of Autism! The main thing to remember though is….don’t automatically think your child is autistic if they line up their toys! There’s a lot more to it than that!

Beyond Lines and Boundaries

Aside from autism, there are other reasons to encourage your child to think differently about how and when they line up their toys. While this behavior, as mentioned, is vital for pattern recognition and problem solving, it is also important to learn how to see beyond those basic patterns. It is important for children to learn the value of coloring inside the lines but, once they have mastered that, just as important for them to learn to be creative enough to color outside them if they wish as well.

The same goes for lining up toys. This provides a great way for parents to engage with their children. Ask them why they are lining up their toys and what kind of pattern they are trying to create. If they can answer that, ask them if they can create other patterns as well. If they can, this can further demonstrate their critical thinking skills; if they don’t see the pattern themselves, show them. It can be a fun way of demonstrating that there are many ways to see different objects in relation to one another.

For example, instead of arranging toys by size or color, you could arrange them in a way that “tells a story.” If all of their cars are pointing in one direction, ask them “Where are they going?” If they have an answer, listen to it, and if not, try and come up with an answer and a story together. Where arranging the toys according to size, color, or other categories demonstrates basic puzzle logic and spatial awareness, creating a story can help grow verbal and other critical thinking skills.

Doing so can help children see beyond mere simple patterns and instead perceive their toys and pattern recognition in a whole new way. Children can line up their toys for any number of reasons, from pattern recognition to evidence of autism to mere fun, and how you interact with them can go a long way towards helping them make the most of this activity. 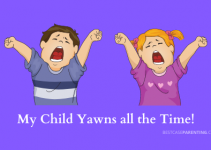 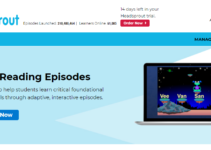