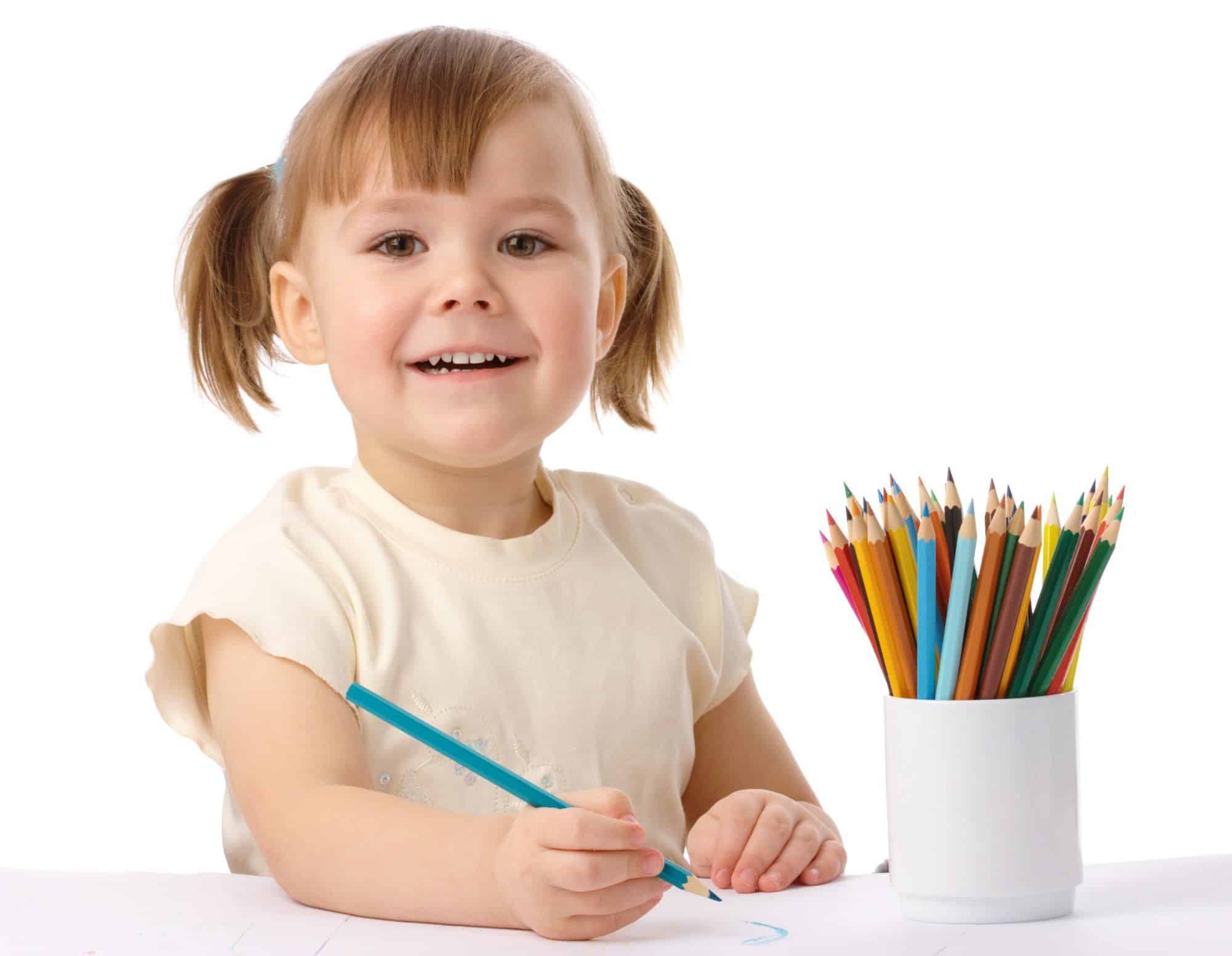 Welcome back to Best Case Parenting. Today we tackle a rather hot topic in the parenting world….the subject of ambidextrous children and what to do when you are a parent to one!

Table Of Contents show
I. What does ambidextrous really mean?
II. How can I tell which hand my child wants to use?
III. At what age should a child decide their preferred hand?
IV. Why are people worried about having an ambidextrous child?
IV.I. What has this got to do with ambidextrous children, I hear you ask??
IV.II. So I should start forcing my ambidextrous child to use their right or left hand?

If you discover your child is swapping hands to make marks or draw, what should we do? Should we be worried?

The short answer is no! Whether your child favours their left or right hand is a natural instinct that scientists think comes from the makeup of the brain. For example, they think that right handed children have a stronger left side of the brain. The point is, nature selects such things and not you! Whichever hand your child grows up using naturally is the one they should use. If you start forcing a hand choice on them, you are likely to be forcing them to use a naturally weak hand. So just leave it to nature and don’t fret!

What does ambidextrous really mean?

Having looked at several online dictionaries, such as Cambridge and Dictionary.com, I can say with confidence it means “able to use both hands equally well.”

I know what a lot of you are saying now…I already knew that, it’s pretty simple!

You would be right, but the key word I want to highlight here is “equally.” I see many parents that happily tell me their child is ambidextrous, when you can clearly tell they are weaker with one hand than the other. A truly ambidextrous child is one that can do equally as well with both hands.

You need to be aware that young children sometimes like to “play around” with their use of hands. They may think it is fun or novel to try another hand. But if they can’t use both hands equally as well, they are not actually ambidextrous.

They may try to swap hands when the hand they are using starts to get tired, not realising the possible consequences.

Simply put, seeing your child use both hands doesn’t instantly mean they are ambidextrous. You need to see this more consistently, and with equal results for both hands.

Think of hand dominance as a continuum, rather than a binary result. As well as fully left, right and ambidextrous children, there are also many others in between… a mixture if you will.

Actually, only around one percent of people are fully ambidextrous (compared to about ten percent for left handers). So the likelihood your child falls into this category 100% is quite slim.

How can I tell which hand my child wants to use?

As a child is growing up, you usually see that they will start consistently favouring one or both of their hands. There are some simple tests that can be done to help you decide your child’s current status.

Just be aware, that young children may still be experimenting with this and may be seen to favour both hands. I would only consider them ambidextrous if they continue this trend consistently out of preschool and into the early years of primary school. Also, as stated above, a truly ambidextrous child would be able to use both hands equally well. So, bear this in mind when observing your child.

Here is an example of a simple test you can use to see which hand your child currently favours. Place a pencil directly in front of your child, be careful not to show any bias to left or right. Ask your child to pick up the pencil and start drawing. See which hand they naturally use to pick up.

You cannot just rely on one of these tests to find out your child’s chosen hand. Do this on a regular basis and note any patterns. Usually, after a while a clear pattern will emerge. Or you may see that they sometimes pick up the pencil with a different hand, and realise after drawing it is not their strong hand and switch.

At what age should a child decide their preferred hand?

How long is a piece of string? Choosing a dominant hand is not really something you should rush or expect when the child is young.

These days, the problem is that many parents are worried about the pressures of writing. They think if their child is not writing with a consistent hand, maybe they will fall behind and underachieve in this area!

They want to hurry their child’s choice of dominant hand in order to “crack on” with writing. In my opinion, if you do this you could be forcing your child to use an un-natural hand.

So, don’t rush your child. They will still have plenty of time to perfect writing and such like.

As a general rule, a child should be pretty sure about their strong hand by the time they go to primary school. For those of you outside the UK, this is around 5-6 years old.

Why are people worried about having an ambidextrous child?

We can put a lot of things down to scientists in this world!

For example, every time I eat slightly charred food at a barbecue, I am likely to get someone that will pipe up and tell me I am going to get cancer! Or the fact that growing up in England, I was told to not eat over a certain number of eggs due to high cholesterol and/or salmonella! We now know that this is not the case, and eggs are actually pretty healthy!

You see, scientists will do studies and come out with findings. These findings are often published by newspapers and read by many people. A lot of those people believe those scientists and are scared into following their advice. This problem is only getting worse now that the internet is used so widely. Parents have far more access to such articles!

I am not saying that all scientists findings are wrong! I am just saying we should take a lot of them with a pinch of salt, as they are often early findings and not fully confirmed.

What has this got to do with ambidextrous children, I hear you ask??

Well, quite a lot of parents seem to be worried about having an ambidextrous child. I have a feeling this is because of several high profile articles online which seem to say negative things about ambidextrous children.

From what I can gather, most of these seem to originate from a study done by Imperial College, London in 2010. As this BBC article states, they deduced in this study that ambidextrous children were more likely to be hyperactive and have problems in school. Language problems were noted to be of a higher possibility in these children. This story was also picked up by The Guardian newspaper in England, and I am sure a lot of others.

So I should start forcing my ambidextrous child to use their right or left hand?

This is purely my opinion. I am no expert in this field, although I have been a teacher of preschool children for over twelve years.

My view is simple. Forcing an ambidextrous child to use one hand over another is equally as bad as forcing a left handed child to use their right hand. You are forcing the child to use a hand that is (potentially) not naturally their strongest.

As noted earlier, scientists think that hand choice is dependent on which side of your child’s brain is most dominant. By forcing any hand use on your child that is not natural, you are bypassing all of that.

I don’t see this as a good option!

However, what I do see as a good option is to simply allow your child the freedom to choose their natural hand. If it turns out that they are ambidextrous, then so be it.

Don’t let some studies from 2010 make you get into a panic. Yes, they may prove to be right and your child may have some complications growing up. But all children have challenges. With your help, they will overcome these challenges and live an awesome life.

Spend your time and energy appreciating and loving your child, not worrying about what might be.

Every child is special in their own way, and being ambidextrous should not be seen in a negative light. There is no point worrying about something that is natural and you can have no effect over!

Again, just my opinion. I encourage you to continue doing your own research and to come to your own opinion.

Look at all the famous people in history that were known to be ambidextrous, such as Leonardo Da Vinci and Albert Einstein. If it was good enough for them, then it is good enough for any child!

I hope you have enjoyed our article on Ambidextrous children. If you have personal experience with this topic, we would love to hear all about it in the comments section below. 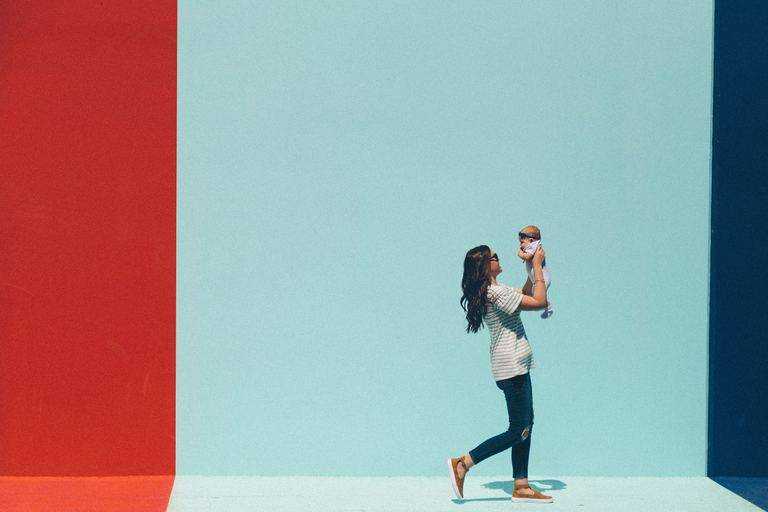 Welcome back to another article on Best Case Parenting. Today, I want to look at the idea of positive parenting and some strategies we can use to do this with young children. What is positive parenting? By the end of this article, you should (at the very least) have a better idea! I will start… 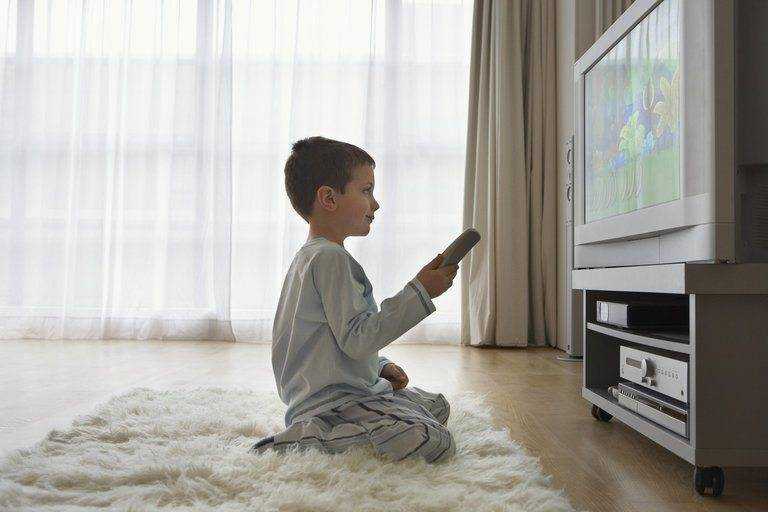 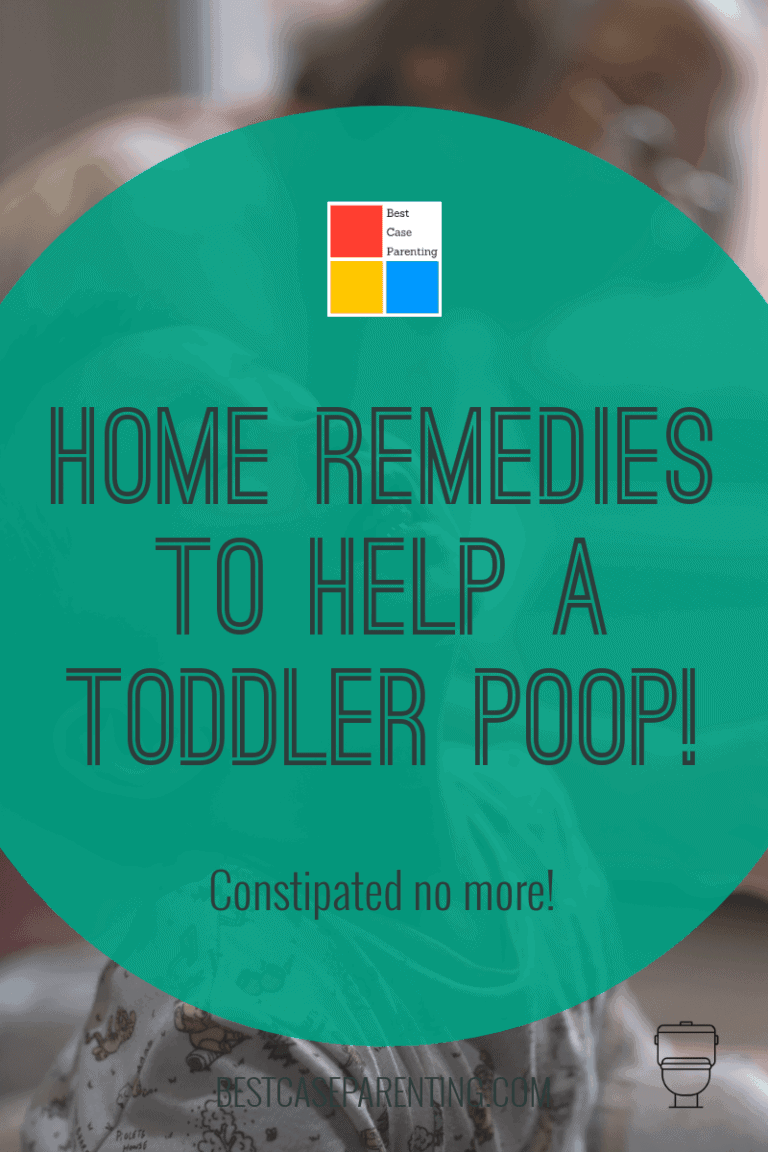 Welcome back to Best Case Parenting, and our little mini-series on helping toddlers poop. Our first article went over the problem in detail, and offered some general solutions and advice. This article will continue that by offering some ideas for home remedies you can try to get your toddler pooping again.  What do we mean by home… 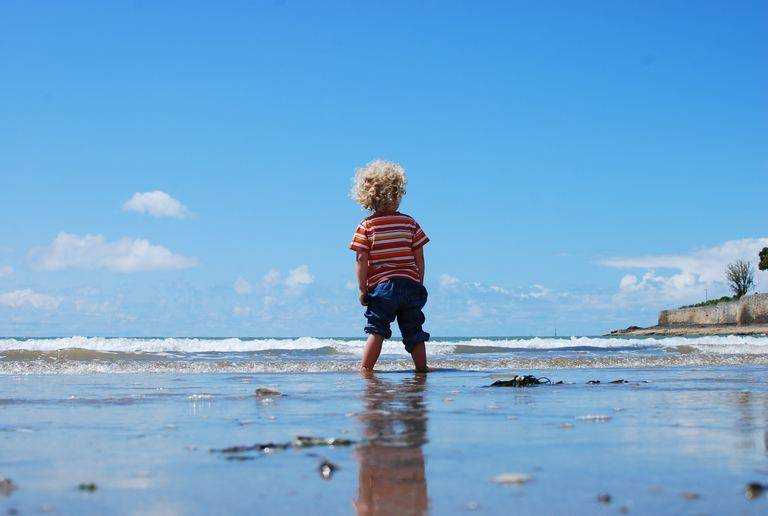 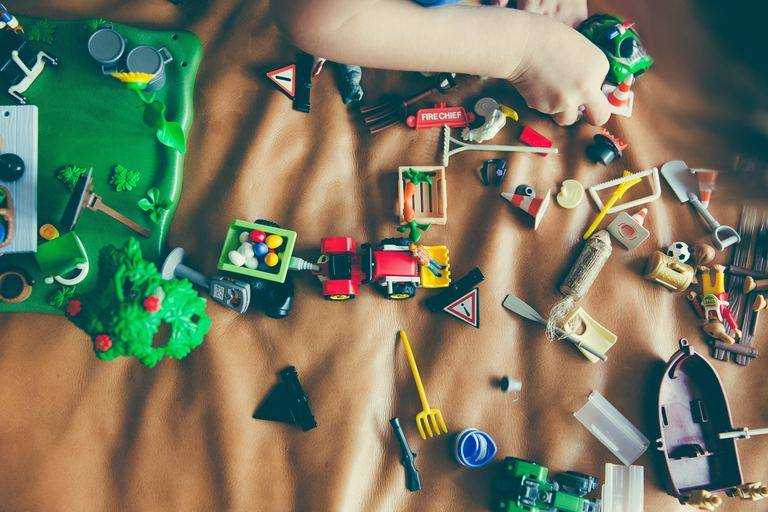 ​ Well, hello there! Welcome back to an article talking about worksheets. These are things that are widely used, both in teaching children in the home and at school. When you look at the Google search volume for “Phonic worksheets” for example, you will see a whole load of people searching for that! I can… 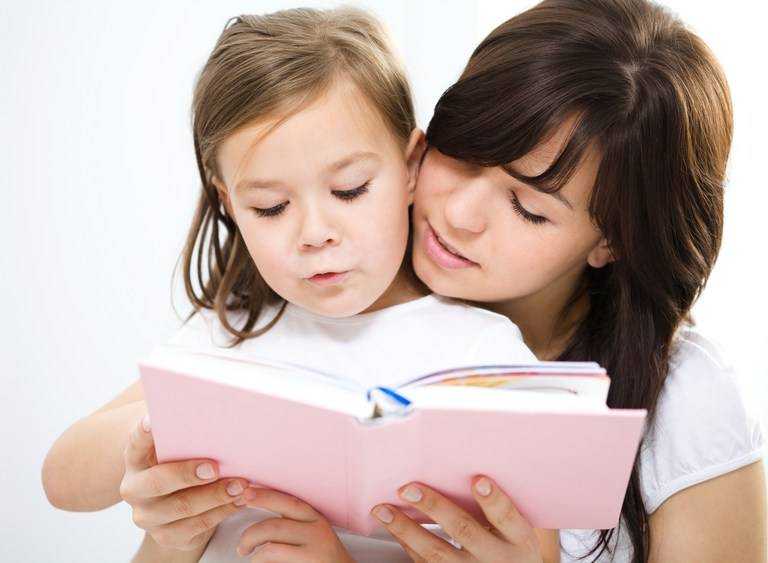 Welcome back to Best Case Parenting. Today we are going to be comparing two phonic programs that I have reviewed previously. The fact that these programs even featured on the website means they must both be good resources. However, today I want to spell out the advantages and disadvantages of both. My aim is to…